Shopping Cart
Your Cart is Empty
Quantity:
Subtotal
Taxes
Shipping
Total
There was an error with PayPalClick here to try again

Thank you for your business!You should be receiving an order confirmation from Paypal shortly.Exit Shopping Cart

We Have a Passion for Making and Creating Art

Get a glimpse of our organization and how we carry on with our traditions. If you wish to make an inquiry, contact us today.

A Tribe of Mardi Gras Indians

The Goodman family has been instrumental in preserving the masking Indian culture in diverse and much deeper ways. Big Chief Kevin Goodman was the first recording artist in 1992, releasing “Here Come the Indians Now!” and his latest CD “Live at the Jazz Fest 2013-Present”.

This was something he inherited from his father. Recounting his childhood and sharing his motivation, Big Chief Kevin Goodman said, “That was his dream and his legacy. Growing up being a part of it, it grew on me and it became a part of me. I understood the reason why I was putting on that suit and the regalia.

Why I masked for Mardi Gras is because I wanted to represent that Indian that helped my ancestors when they got free. St. Joseph's Night is real spiritual.”

Big Chief Kevin Goodman re-formed the tribe, leading family and friends in the sewing tradition of costume-making and irresistible performances throughout the world.

He travels worldwide with movies and short films as well as bios, which include “What Do When the World Is on Fire”, “Walking Down Claiborne”, “Austin City Light's”, and “WOZ Radio and New Orleans Jazz and Heritage Festival”, just to name a few. His talent, craft, and skill set are unmatched in sharing his legacy to the world and beyond. 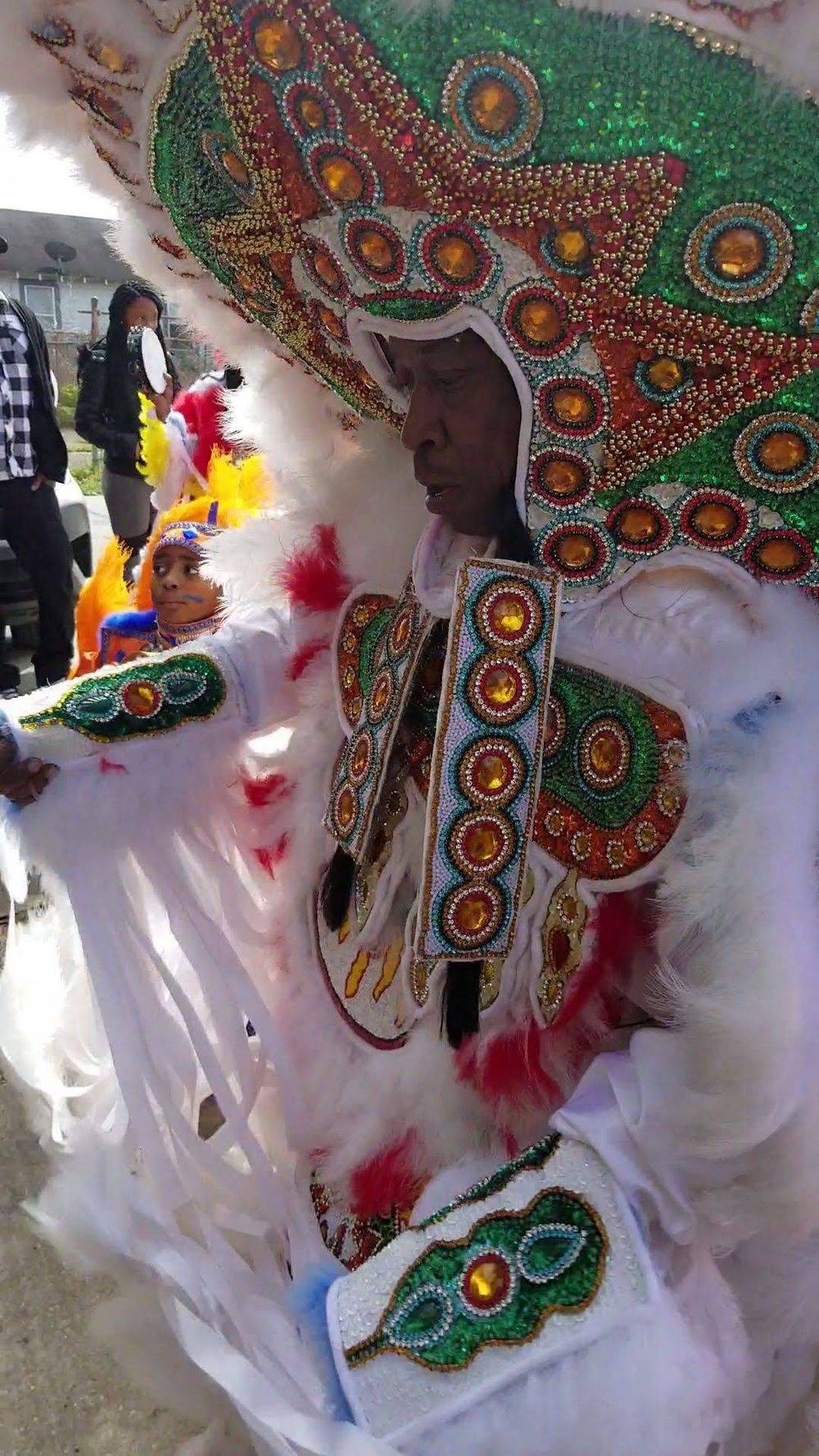 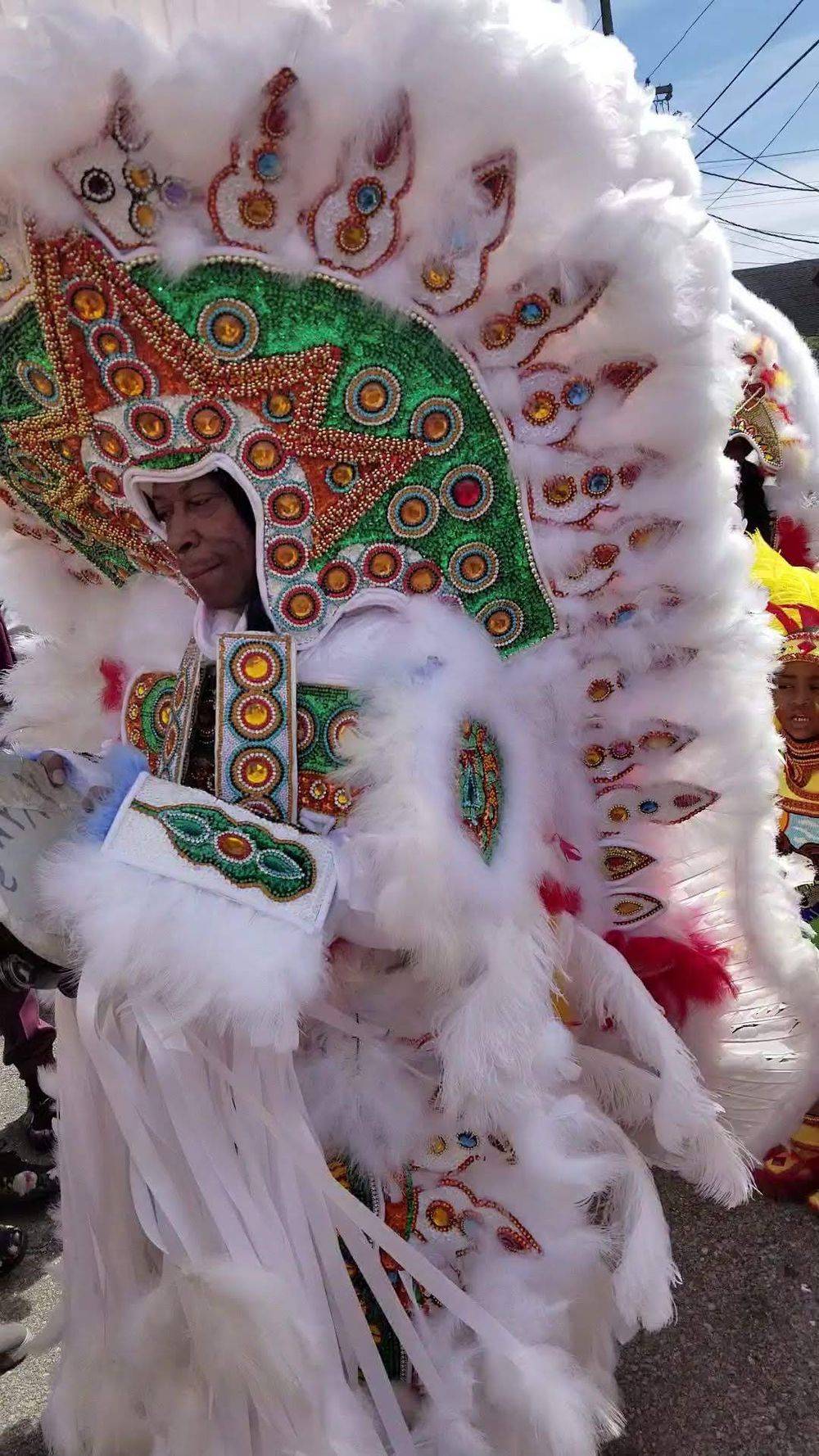